a step toward reconstruction-less TOF-PET

PDF version of motivations can be found here.

A step towards reconstruction-less TOF-PET

Why ultra fast is ultra-good

Since the seventies, positron emission tomography (PET) has become an invaluable medical molecular imaging modality, especially for cancer diagnosis and the monitoring of its response to therapy and more recently in direct combination with X-ray computed tomography (CT) or magnetic resonance (MR).

PET is an incredibly sensitive imaging technique based on electron-positron annihilations and the nearly coincident detection of the corresponding pairs of photons simultaneously emitted in opposite directions and electronically collimated along a common line, aka. a line of response (LOR). Accumulated detections of different annihilation events along various LORs produce projections of the radioactive concentration volume distribution of a radiopharmaceutical labelled with a positron emitter radioisotope, such as 18F or 11C. Tomographic image reconstruction from all the measured projections then leads to the 3D volume representation of the estimated radionuclide distribution, whose accuracy depends mainly on the ability to associate coincident detections with actual annihilation photons.

The localization of the emission point of an annihilation pair along a LOR depends on the detection of the time difference between the two annihilation photons, also known as the time-of-flight (TOF) difference of the photons, whose accuracy is given by the coincidence time resolution (CTR). This additional information makes the tomographic inversion problem much less ill-posed, hence resulting, hence resulting in a better signal-to-noise ratio of the activity measurement. Taking into account the speed of light, which is approximately 30 cm/ns, a CTR better than 10 picoseconds FWHM will ultimately allow to obtain a direct 3D volume representation of the estimated activity distribution of a positron emitting radiopharmaceutical, at the mm level and without the need for tomographic inversion, thus introducing a quantum leap in PET imaging and quantification.

Moreover, a 10 ps capability will increase effective PET sensitivity, as compared to the state-of-the-art, at least a factor of 16, with the following expected consequences:

While crossing the 10 ps frontier will increase the performance of TOF-PET and lead to the advent of reconstruction-less PET, it will also permit efficient positron range monitoring in hadrontherapy (including with protons), improve the performance of Compton camera developed for conventional scintigraphy and nuclear waste management, and impact both the development of positron annihilation lifetime spectroscopy (PALS) used in material science and the development of laser imaging detection and ranging (LIDAR) systems for automotive solutions, e.g. for self-driving cars. Such a feat will not only require to make progresses on the development of new scintillators (e.g. to produce enough photons with a minimum time jitter in the first 10 ps after their excitation), but also on markedly improving light collection, photo-detection and photo-detector electronic readout.

A number of emerging technologies in the domain of scintillating materials, nanotechnologies, solid state photodetectors and electronics support the idea that crossing the 10 ps frontier is not just a wild dream and that, as hinted at in preliminary studies 1 an ambitious and coordinated effort could, lead to a new generation of TOF-PET scanners with unprecedented performance. 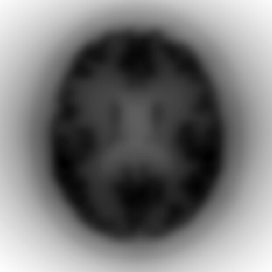 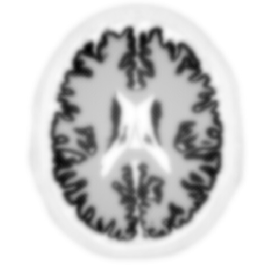 Therefore, we intend to launch a 10 ps Challenge to foster the next quantum leap in PET imaging and make reconstruction-less, high-sensitivity PET scanners a reality, thus paving the way towards reducing by an order of magnitude the radiation dose (currently 5-7 mSv for a total-body PET), the scan duration (currently > 10 min), and the scanning cost per patient (currently > 1000 € per scan). Combining 10 ps TOF-PET with other modalities (X-ray CT, MRI, ultrasound, optical) will further enable multi-parametric data acquisition and lead to a paradigm shift for in vivo molecular imaging. This will in turn durably impact societal healthcare challenges not only in oncological disease, but also in neurodegenerative, inflammatory, infectious or metabolic diseases, from prenatal to old age.

A contest would be organized somewhere, e.g. at CERN, 3 years after the launch of the 10 ps Challenge.

During this contest, teams that would have registered to attend would demonstrate the CTR performance of their prototype consisting in two detector modules operating in coincidence. The three best certified achievements would share the prize. Assessments would be performed using a 68Ge or 22Na point source [the isotope choice to be discussed] positioned at different positions [the number of positions to be discussed] inside a light-tight box. The distance between the detector modules would have to be > 10 cm. Positions would be defined randomly within a range of 10 cm between the two detector modules. Statistics larger than 1000 coincidences would be acquired for each source position. Time calibration of the TOF curves would be determined from a linear regression through the TOF curve peaks, knowing the source position a posteriori. CTR would then be estimated by the mean of the CTR measured for each source position.

This Prize would remain open until a team succeeds in separating - on an event-to-event basis - 1.6 mm rods of a micro-Derenzo phantom, or until the 10 ps Challenge expires.

Image of a slice of a micro-Derenzo phantom type would need to be produced exclusively by back-projection (without filtering) of TOF data acquired over a predefined time duration via a pair of detector modules and associated instrumentation (e.g. including both hardware and software) with a CTR ≤ 10 ps FWHM and an efficiency of at least 10%.

Once a team claims to have achieved a CTR ≤ 10 ps FWHM, a preliminary characterization would then be performed at the 10 ps Challenge certification platform, using the team's two detection modules and following the same protocol as defined for the Flash Gordon Prize. In case of success, 10,000 € would be granted to each successful team at this preliminary stage.

The 10 ps Challenge certification platform would be equipped with a mechanical test bench to allow two detector modules to orbit either together or separately around the phantom. The same detector modules that would have passed the preliminary characterization test would be used in this second phase of the Prize. A micro-Derenzo phantom [type and design to be specified more precisely, but rods are usually 1.2, 1.6, 2.4, 3.2, 4.0 and 4.8 mm] would be filled with a fixed amount of 18F or 64Cu activity [actual positron emitting isotope to be selected depending on total expected acquisition time]. The total duration of the data acquisition would also be fixed [overall duration to be defined, e.g. as long as there would remain some activity in the phantom], whatever type of orbit would be selected to image the phantom. The imaged slice thickness would be 1.5 mm [possibly the thickness of the rods placed in a longer phantom; to be discussed]. A contender team could only once challenge the Leonard McCoy Prize. If a contender team failed to separate the 1.6 mm rods of the micro-Derenzo phantom on the first attempt, they would not be able to run for the Leonard McCoy Prize again. On the other hand, if a contender team could not succeed at the preliminary 10 ps FWHM characterization test, they would still remain eligible to compete for the Leonard McCoy Prize.